Find Your Home in Carindale

EVERYTHING ABOUT REAL ESTATE Carindale

The One Stop Shop

The suburb of Carindale is located approximately ten kilometres south east of the Brisbane CBD. It is surrounded by the neighbouring suburbs of Carina, Tingalpa, Belmont, Carina Heights, Chandler, Mount Gravatt East, Mansfield and Mackenzie. Carindale is bordered on the east by the Gateway Motorway and Creek Road on the west.

Meadowlands Road runs along the northern boundary. Other main roads that travel through the suburb include Old Cleveland Road, Scrub Road, Myall Road, Wecker Road, Pine Mountain Road, Greendale Way, Winstanley Street, and more. Due to its location and proximity to other popular suburbs, Carindale is often referred to as Brisbane’s mini CBD.

The area that is now known as Carindale was first settled in the 1850s by Europeans. At this point, the land was mainly used for timber and agricultural activities. In 1958, the St Gabriel The Archangel’s Anglican Church was established, with a new church later being established in 1991. The church was then eventually consecrated in 2010. Originally, the suburb of Carindale was a part of the Belmont Shire and the suburb of Belmont.

In 1976, the Carindale housing estate was placed on the market and four years later, the suburb was officially named after this specific estate. The actual name ‘Carindale’ is derived from the neighbouring suburb Carina and ‘dale’ which means valley. Both schools in the area, Belmont State Primary School and Carina State Primary School, were established early on in 1876 and 1917 respectively. Of course, the most notable feature in Carindale is the Westfield Carindale Shopping Centre. It originally opened in 1979 and has grown tremendously to now contain over 270 shops. Carindale’s first developmental phase during the 1970s and 1980s happened around the shopping centre which saw the suburb grow rapidly into what it is known as today.

Things to do in Carindale

Everything you need is here! 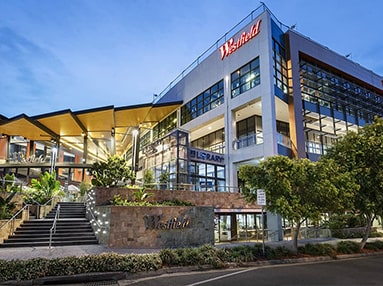 Westfield Carindale Shopping Centre is one of the largest shopping centres in Australia and is located on Creek Road in Carindale. It was originally opened in 1979 and covered an area of ... 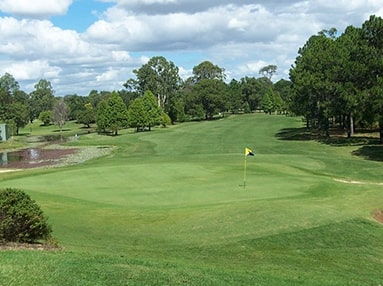 The Pacific Golf Club is situated on Pine Mountain Road in the suburb of Carindale. It is a highly popular spot for not only a game of golf but also for functions, drinks and dinner. If you are looking for a nice game of golf... 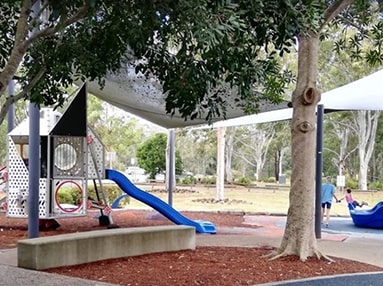 The suburb of Carindale is a very leafy and green suburb which is a feature that draws so many towards the suburb. Because Bulimba Creek runs so far through the suburb, there are a multitude of parks and green... 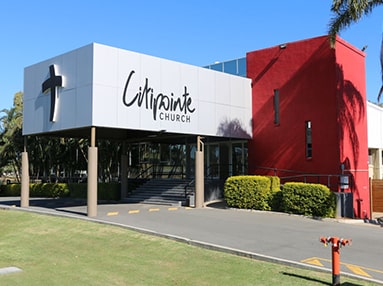 The Brisbane Citipointe Church is located on Wecker Road in Carindale and is a Pentecostal Christian church. The church was founded in 1974 and is also one of the founding churches... 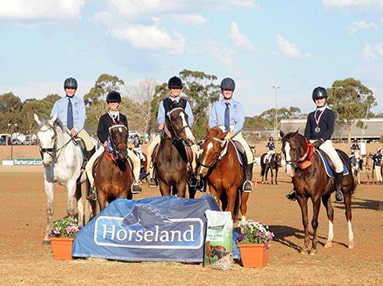 The Gumdale Horse and Pony Club is an equestrian facility located on Wright Street in Carindale. It is one of the few remaining pony clubs located in... 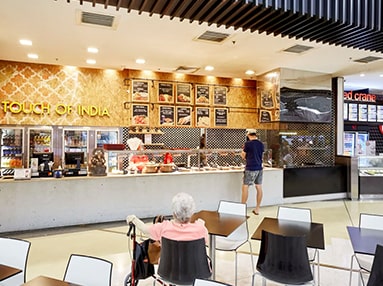 Carindale is filled with some of the best restaurants around. A lot of them are located within the Westfield Carindale Shopping Centre. The Carindale Hotel is a local favourite...

Carindale is equipped with recreational opportunities that suit children, adults and the elderly.

Carindale is another one of those Brisbane suburbs that cannot be overlooked. It is in a prime location, not too close but not too far from the Brisbane CBD and so close to so many excellent amenities including the Westfield Carindale Shopping Centre. Carindale is also close to a number of main roads and is therefore easily accessible from all directions. The real estate in Carindale definitely benefits from its great location. In fact, Carindale’s real estate is in high demand. The Carindale real estate market receives over 1200 visits per property compared to the Queensland average of just under 900 visits per property. This level of competition within the suburb can affect prices as well as availability. Families love buying or renting in this area because of the amount of great schools as well as the huge number of parks. While the eastern edge of the suburb is mainly made up of the shopping centre and Gateway Motorway, it does give way to streets filled with beautiful brick homes. These areas of the suburb are in a quiet and natural setting which so many people love. 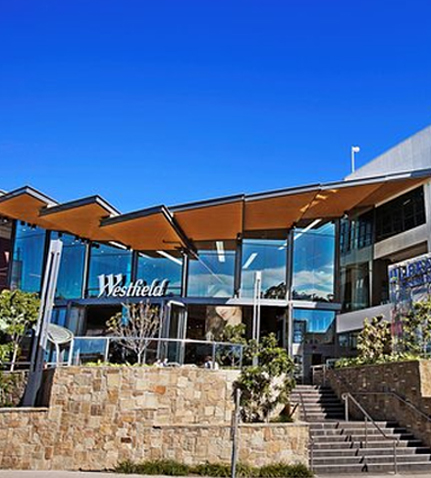 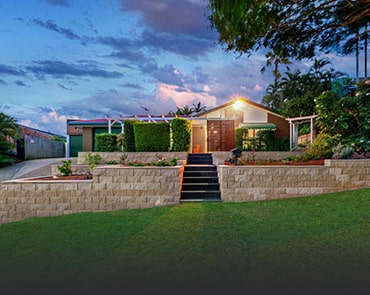 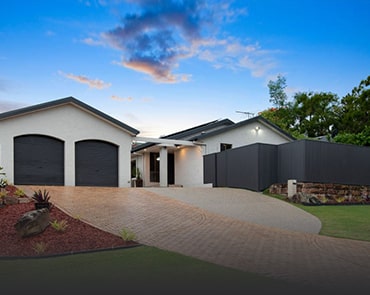 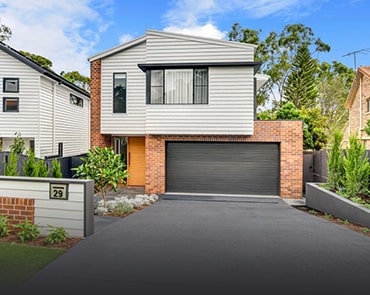 With an average of 726 visits per property and sales occurring in just a short span of 20 to 25 days, there is certainly no doubt as to why Carindale is now considered a "high demand real estate market" and Queensland's "fastest selling property market". Most houses in Carindale tend to be larger and more lavish than usual; 65 percent of them boasting four or more bedrooms, which is perfect for families looking to upsize. The big house isn't all you'll attain through buying in to the suburb, as the aforementioned comfortable lifestyle will be ever-present.

At Reval, we make sure to provide you with informative market reports: properties that have recently sold, pricing inquiries, and other significant things you need to know about the local area. Contact Reval Estate Agents and let us help you make your selling or buying experience Beyond CompareTM.

We found Adam lovely to deal with it and he had a no nonsense approach and made the process very smooth.

We chose Adam Scott and Reval as our real estate agent as we immediately got a great impression of someone.

Adam Scott is a genuine guy and a professional agent. His patience and persistence in a slow unit market. 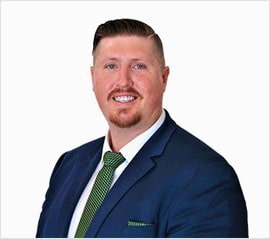 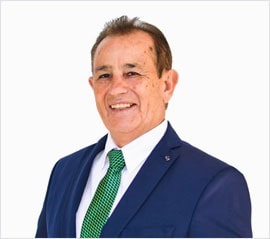 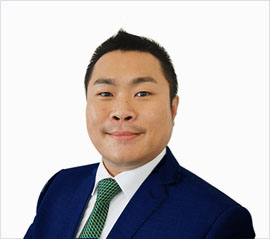 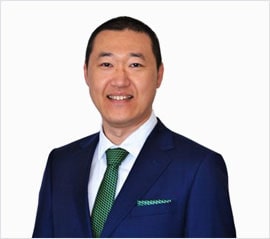 Looking to Buy, Sell or Rent in Carindale?

Westfield Carindale Shopping Centre is one of the largest shopping centres in Australia and is located on Creek Road in Carindale. It was originally opened in 1979 and covered an area of over 116,000 square metres. It also became the first shopping centre to contain two major department stores in 1999. The year 2010 saw a redevelopment of the shopping centre which added about 22,000 square metres of retail space. There are over 270 shops all up including women’s fashion, men’s fashion, fresh food, home and technology,

beauty and wellness, kids and family stores and so much more. Westfield Carindale is also filled with a variety of restaurants and cafes, including the Carindale Hotel. The shopping centre is also home to an Event Cinemas for a fun day out. The shopping centre also features a gym as well as various play centres for kids. The Brisbane City Council also have a public library within the centre. The Westfield Carindale Shopping Centre is adjoined with the Carindale bus station which is a major bus interchange. It is the main public transportation hub for this area with a variety of buses heading all directions, including towards the Brisbane CBD, major universities, Logan and Redland Shire.

The Pacific Golf Club is situated on Pine Mountain Road in the suburb of Carindale. It is a highly popular spot for not only a game of golf but also for functions, drinks and dinner. If you are looking for a nice game of golf this is the place for you; there are two courses to choose from. The main golf course consists of 18 holes while the other one is a 9 hole par 3 course. With the course being located in a peaceful natural setting, a game of golf is a perfect way to unwind and destress from your regular life.

There is a mix of both competitive play as well as social play on both courses. The clubhouse is also visited frequently by members, their friends, and guests alike. With a fantastic view of the golf course and gardens, it is a great spot to enjoy a few drinks and a meal from the seasonal menus created by the fantastic chefs. While enjoying the fabulous dining experience, Club Pacific offers a kids club where they can play games and watch movies. The golf club can also be used for weddings, testimonials, corporate functions and more.

The suburb of Carindale is a very leafy and green suburb which is a feature that draws so many towards the suburb. Because Bulimba Creek runs so far through the suburb, there are a multitude of parks and green spaces throughout the entire suburb. Some of these parks include Anna Smith OBE Quota Park, Barnard Street Park, Belmont Hills Bushland, Breene Court Park, Bridgnorth Street Park, Cadogan Street Park, Carindale Recreation Reserve, Cribb Road Park, Delany Circuit Park, Dervel Street Park,

They also have a number of international camuses including two in the United States as well as one in Auckland, New Zealand and one in Bulgaria. There are over 12,000 people who call Citipointe Church their home church. The Citipointe Brisbane campus in Carindale has a number of amenities. The campus has a day care centre, both a primary and secondary school as well as a Bible College and a College of Higher Education. There are also a couple of sporting facilities on campus as well including a basketball court and even a skate bowl. Citipointe Brisbane hold three services every Sunday; two in the morning and one at night. Citipointe Church has received nothing but good reviews and is in a perfect location for church goers in Carindale.

The Gumdale Horse and Pony Club is an equestrian facility located on Wright Street in Carindale. It is one of the few remaining pony clubs located in the inner city suburbs. The whole property is quite large, spanning the corner of Wright Street and Meadowlands Road. Because of the clubs inner city location, the club frequently caters to families who are new to equestrian sports and looking after horses. These families tend to stay with the club for many years after and stay with the horses for life.

Gumdale Horse and Pony Club have created a very string and tight knit community who are welcoming and friendly to all. The club mainly caters for members who have their own horses but also have social memberships for the families of riders and for those interested but do not have their own horse. Unfortunately, there are no riding lessons on offer to non-members and the general public. The main focus for members of the Gumdale Horse and Pony Club is to build on the riders skills, confidence, sportsmanship and horsemanship. Some of the activities that take place include monthly rally days or musters, regular competition days, competition days at another club, clinics and camps, social activities, monthly committee meetings, as well as PCAQ and State events.

Carindale is filled with some of the best restaurants around. A lot of them are located within the Westfield Carindale Shopping Centre. The Carindale Hotel is a local favourite and the best place in Carindale for a classic pub feed. The menu includes all the favourites; chicken schnitzels and parmigiana, seafood and pasta, burgers and pizza, and of course steak. The main bar services the bistro as well as the terrace and is well stocked. The gaming room also has its own fully stocked bar for convenience.

There are a number of great restaurants serving up delicious Asian cuisine within the shopping centre. Some of these include Motto Motto Japanese Kitchen, Shinobi Ramen, Yum Cha Cuisine, Hanaichi, Sushi Sushi Carindale and more. Also, no one can forget the amazing chain restaurants like Guzmen Y Gomez, Grill’d, Lord of the Wings, and Oporto. There are also quality restaurants within the suburb that are not located within the shopping centre. One of them is Gusto’s Gourmet Pizza and Pasta located on Scrub Road. They have a large variety of pizzas including traditional pizzas as well as meat, vegetarian, chicken, and seafood pizzas. There are fifteen different pastas to choose from as well as salads, a kids menu, and desserts. 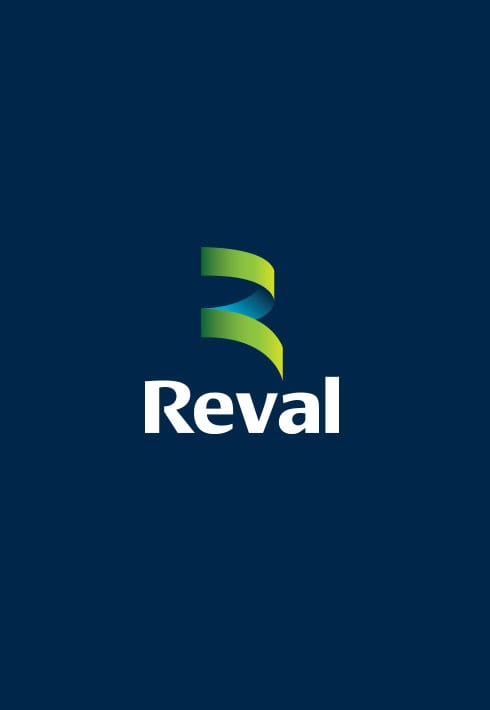